Whisky for Beginners: What Matters When Choosing a Scotch Whisky Skip to content

Whisky is perhaps one of the most well-known spirits in the market, with a long and interesting history. But… what do you really know about this brilliant beast? We know how choosing a right bottle can be intimidating, especially when it comes to the knowledge of all those terms you’ve never heard before. We’re here to simple them out for you one-by-one, starting by covering one of its most popular origins first – Scotland! Let’s focus on the origin of Scotch whiskys and how geographical areas play a part in their flavour profiles, and the best way to drink your choice.

The history of Scotch whiskys can be traced all the way back to the 15th century. The first whisky was made from water and malted barley using the technique of distillation, then aged in oak barrels for at least 3 years.

If you really want to compare single malt and single grain whiskys in terms of their tastes, we’d tell you that a single malt is bolder, has a more smokey and oaky aftertaste to them. A single grain is light bodied, with subtle sweetness and has a less intense flavour profile.

Like what its name suggests, a Blended Scotch whisky is a blend of two or more malt and grain whiskies. Depending on their origins, a Blended Scotch like this one from Black Bull, can taste intense, but smooth with different unique layers aromatic notes.

Like wine, whiskeys can have subtle, differing tastes according to their origins. Though they are all produced in Scotland, each of them have their own characteristics depending on their areas of production. The Lowlands, the Highlands, Campbeltown, Speyside and Islay – these are the five main regions where Scotch whiskeys are produced.

So, remember to take geography into consideration and choose a perfect bottle of Scotch whisky depending on your taste preference!

If you’re just getting started, we’d suggest those from the distilleries in Speyside and Lowland. One great bottle from Speyside is the Benrinnes 2003 Aged 14 Years, it is lighter in taste, with slight hints of fruits and spices. A total friendly choice for the beginners!

For those who are into intense and fiery tastes, the whiskies produced in Islay are definitely the ones for you. Check out Laphroaig 2001 Aged 16 Years from Old Malt Cask. It has a distinctive taste of medicinal and smoky flavour with a warm and rich finish.

However, if you think the ones on Islay are too much for you, but still want that flavour, the whiskeys produced in Highlands are perfect! Glengoyne 2007 Aged 12 Years from Old Malt Cask is subtly sweet, with fruity aromas and leaves you with a long finish, along with a hint of oak.

Campbeltown’s whiskeys tastes like a little bit of everything. Think flavours like wet wool, salt, fruit, caramel and vanilla with a hint of smokiness. Springbank 1993 Aged 22 Years from Hunter’s Laing is just it. The toffee and chocolatey notes along with that long and fruity finish are perfect!

Now, we’ve came to the most exciting part. Whisky tasting! If we’re going to debate if there’s a right way to do it or not, we can tell you that it all depends on yourself! It’s all about your preference.

Those who want their whisky intense can have it neat – room temperature in a glass. Be careful though, since whisky is about 40% alcohol, it might burn! However, you get to savour its bold and intense flavour profile.

For those who wants a more subtle taste, maybe you could do it On the Rocks. Add some ice cubes to your glass of whisky to lower down the volume of alcohol. The taste will be less intense, but this is a much more tolerable way to enjoy a whiskey.

While these are the very basics of the art of choosing and tasting whiskeys, it gives you a rough idea of how to identify the kind of whiskey you like from their geographical characteristics. Taste, while subjective, is still an important factor for many. So, experiment more while delving into the world of Scotch Whiskeys!

Looking for more? You might like this: Coffee Liqueurs: A Cocktail Ingredient, But Perfect for Baking and Other Uses Too 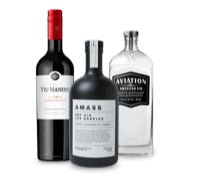 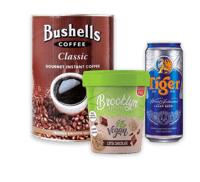